Lloyd and Jason of Taylor Earnshaw were honoured to be chosen out of a list of builders to build Aldington's, Bonnington and Hurst War Memorial. It is the first new war memorial to be erected in Kent for a number of years. Jason being a local boy of Aldington and still living in the village and Lloyd living in Hythe and his father Michael Taylor working in Aldington butchers for 30 years next door to the memorial it was an even more personal mission to them to make sure they built this monument for the village, the fallen soldiers and their families.

​​David Hughes a local resident has campaigned for 66 years to bring about a tribute to the many men and women of Aldington, Bonnington and Hurst who gave their lives during the World Wars by making sure there was a War Memorial to honour them. His website www.kentfallen.com shows his passion for the cause.

Made of local ragstone and shaped as an 'A' for Aldington, the 9.6ft-high monument has all 50 names of the fallen inscribed upon it surrounded by two beautiful ragstone benches, one in remembrance of all ranks of the 92nd (LOYALS) Light Anti-Aircraft Regiment Royal Artillery and the other in remembrance of all ranks of the 59th (NEWFOUNDLAND) Heavy Regiment Royal Artillery, finished off with a stunning patio and garden planted by professional gardener Trevor Wright.

Lloyd and Jason were proud to bring the design of the War Memorial and benches to life, which was designed by Phil Cowell who also designed the limited edition 2000 medallions - which can still be purchased at www.cowell-coins.com where all profit goes to the upkeep and improvement of the war memorial and gardens. His expert design and vision made this memorial extra special.

With Lloyd and Jason laying the ragstone and donating days labour to the cause, it was also the endless volunteers who made this war memorial stay on budget and ready for the opening - including special mention to John Brockwell, David Hughes and his family for all their tireless efforts, the Parish Council and everyone who raised money and donated. We hope you like our finished war memorial for you all. 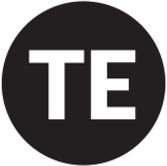 Taylor Ea​rnshaw Building Ltd  Building the Future. Restoring the Past.